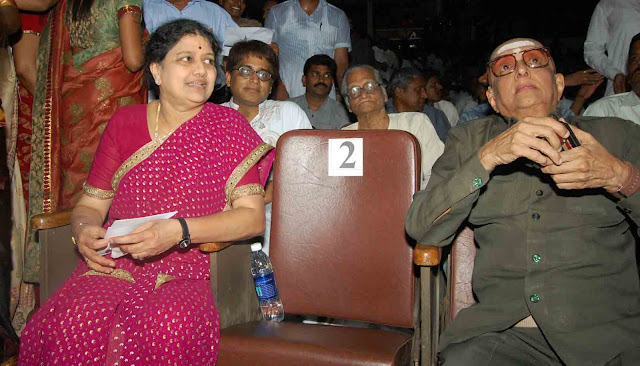 TN Chief Minister J Jayalilathaa’s decision to expel Sasikala and her clan in the party has hit headlines…its now an international headline and a trending topic on social networking sites like twitter and Facebook.

This is what the BBC has reported

“The chief minister of the southern Indian state of Tamil Nadu has expelled her close aide VK Sasikala, her husband M Natarajan and 10 others from her AIADMK party. J Jayalalitha announced the expulsions in a brief statement and told her party not to conduct any relations with the expelled members. Correspondents say the action against Ms Sasikala is drastic. She has enjoyed the absolute confidence of Ms Jayalalitha for many decades.” 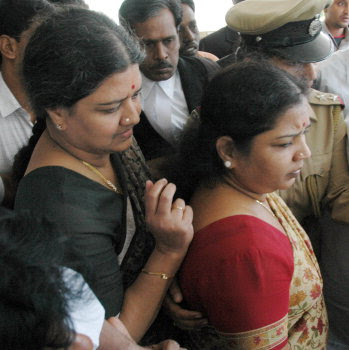 Even before any other media could report on this ongoing feud between Jayalalitha and Sasikala whispers in tamilnadu was the first one to predict the endgame for the Mannargudi Mafia.

Now, with Jayalilathaa formally announcing her decision to sack Sasikala who heads the Mannargudi Mafia from Poes Garden…whispers doing rounds in inside Poes Garden is that, it’s the result of Amma’s anger to nip a Coup d'état in the bud.   Sources tell whispers that M.Natarajan, husband of Sasikala was engineering this Coup d'état ever since the disproportionate assets case against Jayalilathaa entered its crucial stage.

Sasikala who got acquainted with Jayalalitha in the early eighties remained a trusted confidante of Jayalalitha, even in difficult times. For their friendship, Sasikala even ditched her husband Natarajan and moved in to Poes Garden.    In spite of numerous complaints against Sasikala and her coterie, Jayalalitha chose to keep mum and defend her aide. 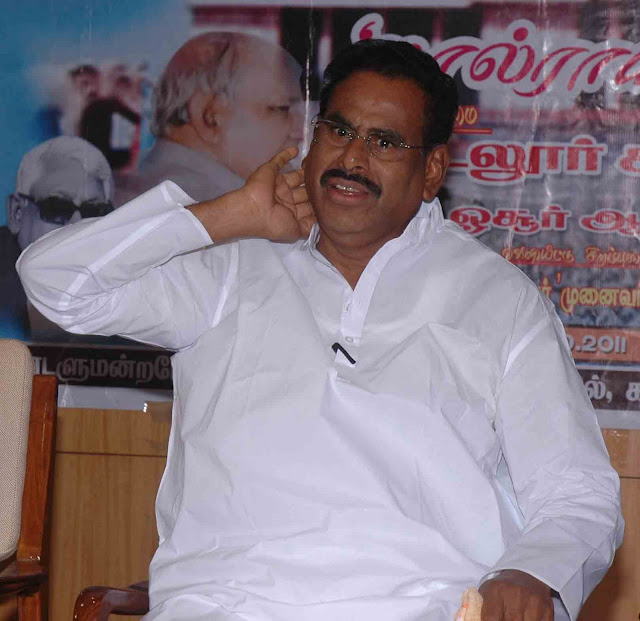 Even before Jaya took charge as the Chief Minister, Sasikala & CO was calling the shots…be it party affairs from Candidate selection to officer’s appointment.  Sasikala was identified as CM : 2 in bureaucratic circles…as that was the best way to get plum posts and money was the only language that is better understood.   This virtual usurping of power by Sasikala gave the guts to her husband and relatives – M.Natarjan, M.Ramachandran, MIDAS Mohan, Ravanan, etc.   These coterie started calling the shots and planted their officers of their choice like T.Rajendran,IPS,  Paneerselvam, a retired IAS officer, Pon.Manickavel,IPS and recently Thamaraikannan in key positions like intelligence and planning and coordination so that to keep a tab on the functioning of the government. 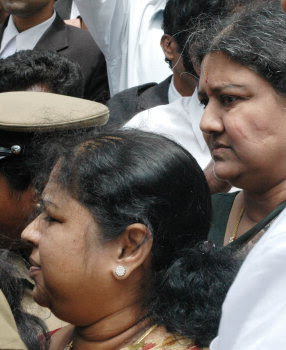 This cartel started running a parallel administration even before the swearing in ceremony.  Officers and businessmen who want to curry favours crawled before this cartel.   As soon as the government was sworn in, Natarajan’s Besant Nagar residence was buzzing with activity with a steady flow of visitors from IAS and IPS circles.    This cartel also went on a collection spree and started threatening businessmen and contractors no matter how big or small they are.   Sand quarrying was a golden goose with which this cartel was minting money.    Though information about these corrupt activities were doing the rounds, Jayalalitha’s concentration was diverted to the assets case against her in Bengaluru.  MM cartel’s activities continued so much so that during the recent DVAC raids conducted at the residences of TNPSC members…along with many recommendation letters in the letterheads of DMK leaders,  some letterheads of the MM cartel was also seized and that was used as a defence by the Chairman and Members of the TNPSC that they were also loyal to Sasikala, whom they term as CM.2.

Meanwhile the MM cartel was hatching plans expecting a conviction for Jayalalitiha in the assets case. M.Natarajan, who was the mastermind behind this operation, was in touch with Ministers, Police Officers and bureaucrats to ensure everything goes on well according to plan. 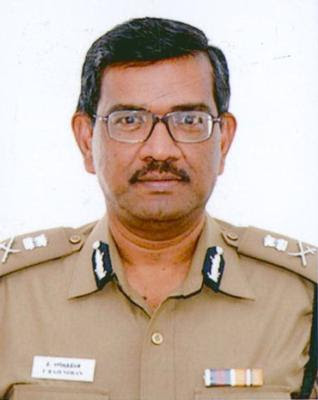 Jayalalitha first came to know about the web of conspiracy around her when she learnt about a secret meeting conducted by Sasikala’s husband M.Natarajan in which the then ADGP Intelligence T.Rajendran was asked to identify people loyal to MM cartel.  It is reported that Natarajan had discussed in the meeting about his Chief Ministerial ambitions in the event of Jayalalitha getting convicted in assets case. When this news reached Jayalalitha, she booted out T.Rajendran, but Sasikala managed to bring in another loyalist in the place of T.Rajendran – Pon.Manickavel.   Pon.Manickavel for his part remained loyal to M.Natarajan than to Chief Minister, say DGP office sources.  Pon.Manickavel started controlling the police force and on the instigation of M.Natarajan, ensured that people belonging to the powerful and influential community alone are given key tasks in the intelligence wing.   Simultaneously another police officer of the same community – Sivanandi, IPS also started pulling his strings with both Sasikala and Natarajan to become I.G., Intelligence.  What angered Amma was the MM cartel's extended meeting that happened in Banglore recently when Sasikala was there to depose before the special court. Whispers doing rounds is that the meeting was attended by all the key members of MM cartel including M Natarajan...that is when the MM cartel gave final touches to their conspiracy against Jayalilathaa and to capture power in the State. However, the state intelligence got a tip off and the MM cartels attempts for a Coup d'état was successfully defeated. Sasikala and her team of bandits were booted out of Poes Garden after a session of through paper work.

Though the media has lapped up the news of Sasikala’s expulsion, political leaders are very sceptical about the move by Jayalalitha as they feel that it is a well crafted drama enacted to distance herself from Sasikala as there are possibilities of a certain conviction in the assets case.

On the other hand businessmen and industrialists who were pushed to a corner by the MM cartel were left to fend for themselves.  Schemes and basic works could not be carried out due to the interference of the MM cartel as at least 20 percent commission was high on the agenda.

Political analysts and well wishers of Jayalalitha and a couple of senior Editors and industrialists chose who were stunned by this parallel government decided to put an end to this ongoing menace….but who will bell the cat? Well finally Cho Ramaswamy was approached by this powerful lobby…Whispers doing rounds in Poes Garden Circles is that Cho Ramasamy met Amma last week and narrated the tale of woes.   Sources tell whispers that Cho Ramaswamy gave Jayalalitha a complete picture of what is happening in the state and advised her to stay away from Sasikala if she wants to enter the national canvass.    Citing that parliamentary elections are just 2 years away, her continuous association with Sasikala and the MM cartel would spell doom for her.  Cho Ramaswamy, who is seen on television screens as the authority on Tamil Nadu politics has curiously denied to make any comment on this important political development in the corridors of power. 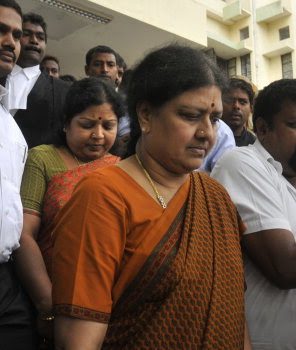 However, the state intelligence on its part has filed a detailed report to Jayalalitha listing out the names of Police Officers, Bureaucrats, Ministers, and other lobbyists who were acting as agents of the MM cartel.  Whispers doing the rounds in the corridors of Fort.St.George and DGP office is that a major shake up is expected based on the intelligence inputs. 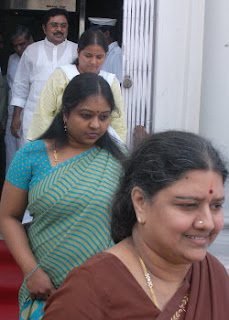 Meanwhile a rattled MM cartel is now running for cover and trying to cover their tracks.   Ever since the news broke about Sasikala’s expulsion from the party, Sasikala’s loyalists including her husband M.Natarajan have switched of their mobile phones and remain incommunicado.  Sources close to M.Natarajan say that he might go abroad to avoid any legal actions by Amma.  M.Natarajan is also in a deep trouble as he is in huge debt to various industrialists and officers from who m he had collected crores of rupees by promising to deliver plum posts and projects from the state government.

In a swift move, Jayalalitha appears to have achieved what she wanted by sending a strong message that - She means business and she is the BOSS. 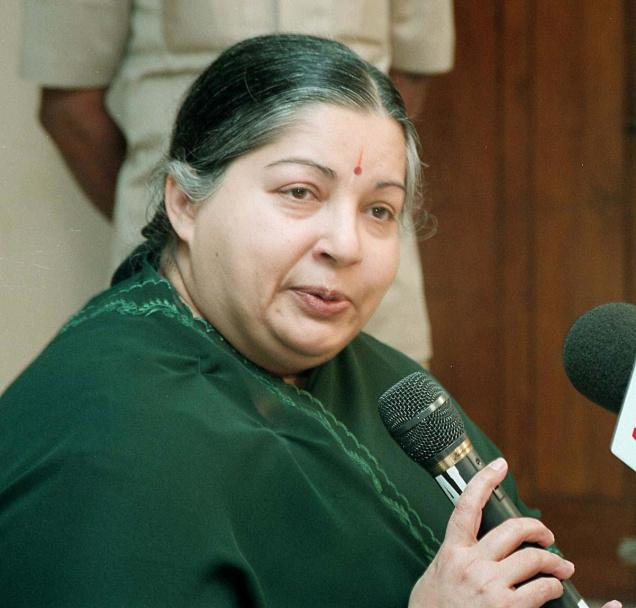 Political analysts who take these developments with a pinch of salt say Amma’s drastic actions will have any meaning only if the MM cartel is brought to book for their nefarious activities.
Posted by Whispers in Tamil Nadu