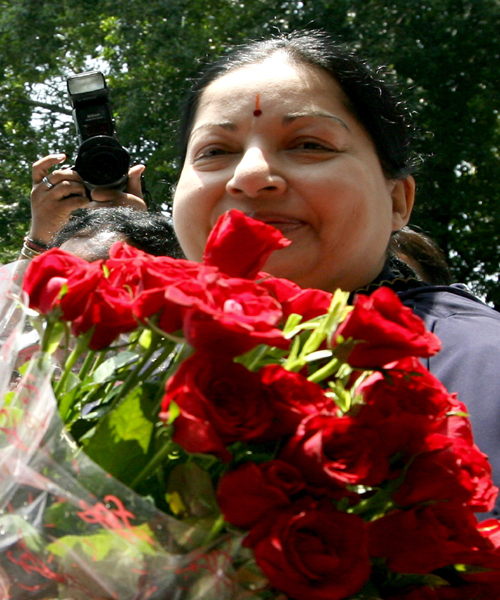 The entire Chennai city is being illuminated with hoardings for the birthday bash of Jayalalitha, which falls on February 24. This despite Amma asking his party men not to celebrate her birthday, instead help the poor and the needy. It appears that the Central government and the CBI has decided to give a birthday gift to Jayalalitha in a different form.
As mentioned in our last article, Amma’s next huge problem is managing the appeal filed by the CBI which came up for hearing on Tuesday.  When Jayalalitha became Chief Minister in 1991 for the first time...It was a virtual loot from all sides during her highly controversial 91-96 regime. Her gala Birthday bash in the year 1992 had landed her in trouble and now the trouble seems to have intensified. 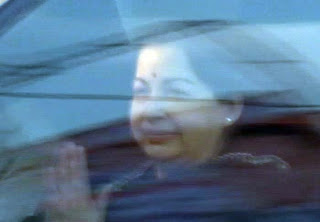 During her first tenure, it was a free run for all Ministers. However, the Ministers and MLAs were curtly told to pay the lion’s share to Amma is what the buzz doing rounds even today in DMK circles. In February 1992, when Jaya’s government was just eight months old,  Ministers and MLAs were instructed to present valuable gifts to Amma on her birthday.   Jayalalitha was gifted with 89 Demand Drafts drawn from more than two dozen banks.   Besides demand drafts Jayalalitha was also gifted with cash of Rs.15 lakhs.   The total amount received by Jayalalitha during her birthday in 1992 exceeded Rs.2 crores.   Jayalalitha promptly deposited all the amounts into her personal bank account with Canara Bank, Mylapore Branch. 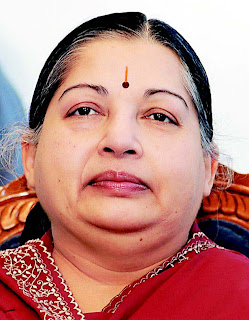 One of the demand drafts received by Jayalalitha was from Channel Islands drawn on Bankers Trust Company, New York for Rs.3 lakh US dollars.   Since investigation has to be conducted abroad, the old fox Karunanidhi, in 1996 promptly transferred the investigation to the CBI.   The CBI swung into action and traced that the 3 lakh dollar demand draft was taken by one Dr.K.T.B.Menon of London.   The CBI could not proceed further as Menon died in mysterious circumstances in 1992 itself.
Regarding the remaining demand drafts the CBI sleuths found that the amounts were paid by various functionaries of the AIADMK as a bribe for making them Ministers or Chairmen of various corporations.   CBI sleuths also found that the 89 Demand Drafts were taken by a total of 57 persons.    When the names and addresses of the 57 persons were verified during investigation the CBI sleuths were shocked to find that the names and addresses of 12 persons were fake and they never existed.  Another 12 persons whom the CBI officers interrogated denied ever taking such Demand Drafts.  All the remaining persons were office bearers of Jaya’s party.   The major contributors in taking the demand drafts were K.A.Sengottaiyan and Alagu Thirunavukkarasu – Jaya’s cabinet colleagues – who had contributed more than 25 lakhs each. 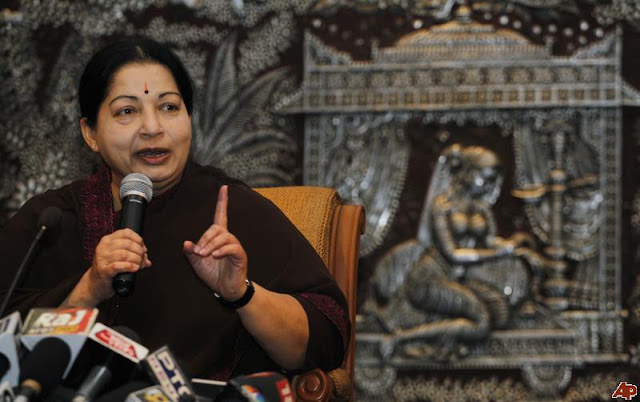 The CBI charge sheeted Jayalalitha under Section 11 of the Prevention of Corruption Act which carries a maximum term of five years.   Section 11 of the Prevention of Corruption Act says a public servant is committing an offence if he / she accepts any valuable thing from any person with whom he / she has any connection with the official function.
The trial in the case never took off owing to the fact that both Jayalalitha and the remaining two accused – K.A.Sengottaiyan and Alagu.Thirunavukkarasu kept on filing a catena of petitions before various forums challenging the CBI’s charge sheet. The delay culminated in filing of a petition by Jayalalitha and others to quash the CBI’s charge sheet before the Madras High Court which was quashed during September 2011.
We in whispers have narrated in details in our article What happened to the CBI’s gift case against Jayalalitha ?.  In our article we had also reported as early as 13 October 2011 quoting Delhi sources that CBI is contemplating to file an appeal against the Madras High Court order. 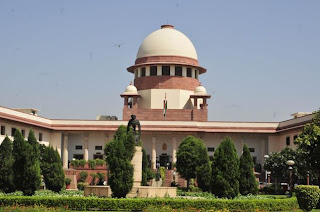 Now the CBI’s Special Leave Petition against the order of the Madras High Court came up for hearing before a Division Bench of the Supreme Court comprising Justices Altamas Kabir and Surinder Singh Nijjar.   Additional Solicitor General Harin Rawal, appearing for the CBI, told the court that the High Court was wrong in quashing the FIR and the chargesheet on grounds of delay.  After hearing CBI’s counsel the Bench ordered notices to Jayalalitha to reply within four weeks.
The reason of ‘delay’ cited by Justice K.N.Basha of the Madras High Court for quashing the charge sheet against Jayalalitha is unlikely to hold water in the Supreme Court.  Given the tough stand taken by the Supreme Court in various corruption cases, it is quite unlikely that Jayalalitha would get any reprieve.

Jayalalitha who is already reeling under the pressure from the assets case in Bengaluru, this has come as yet another embarrassment for her, at a time when she is dreaming to make it big in national politics.
But why did the central government wait for four months to file the appeal at this point of time ?   Keep tracking these columns for a detailed report.
Posted by Whispers in Tamil Nadu